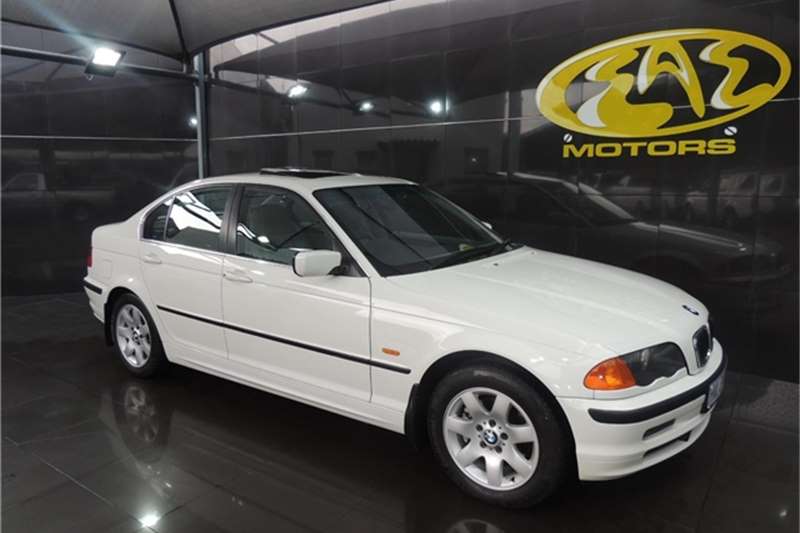 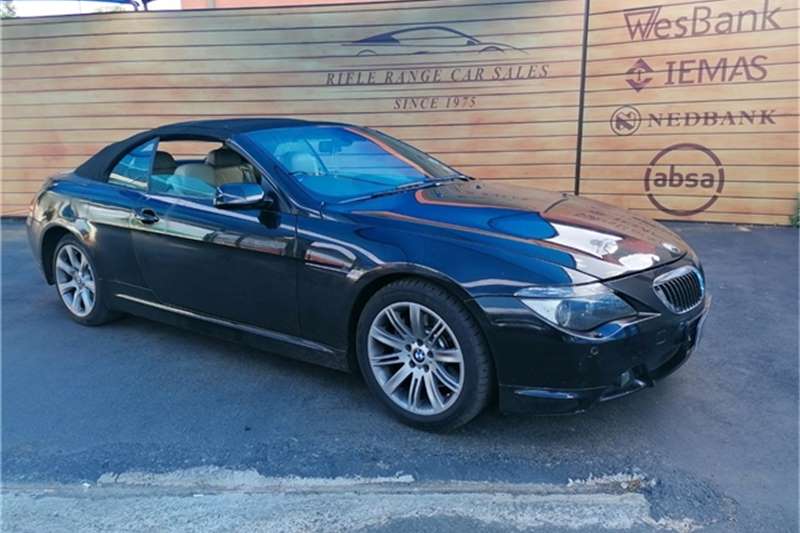 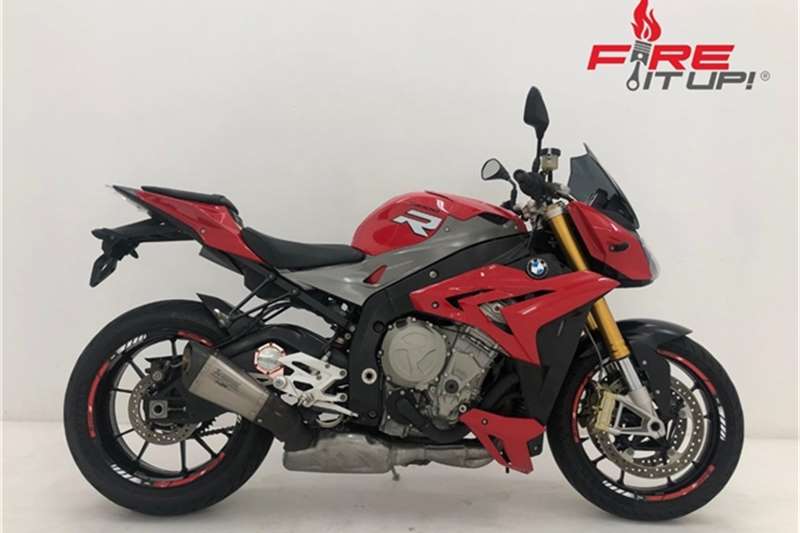 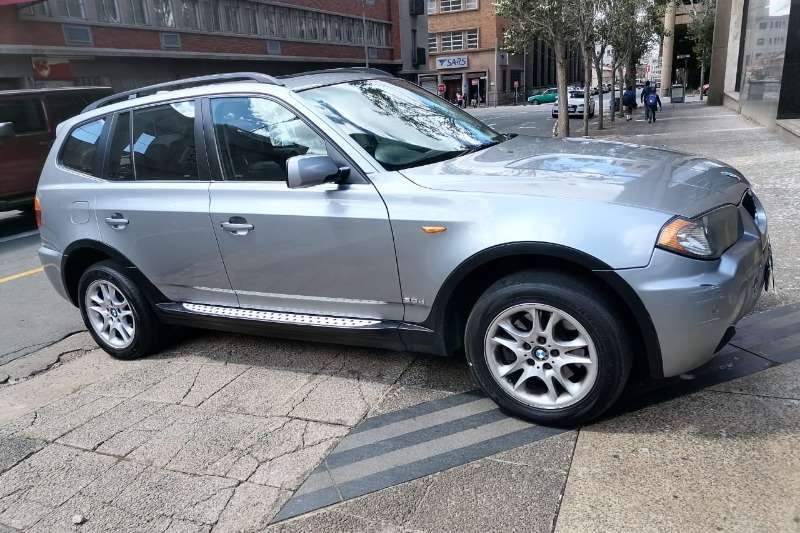 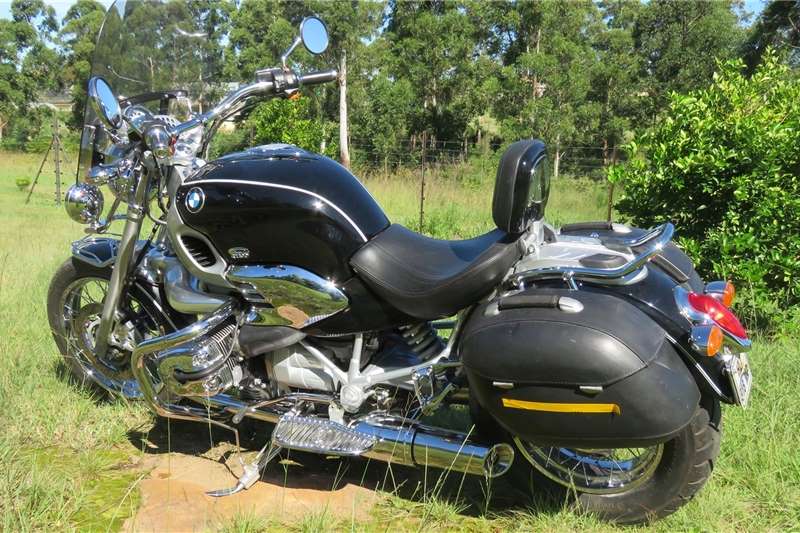 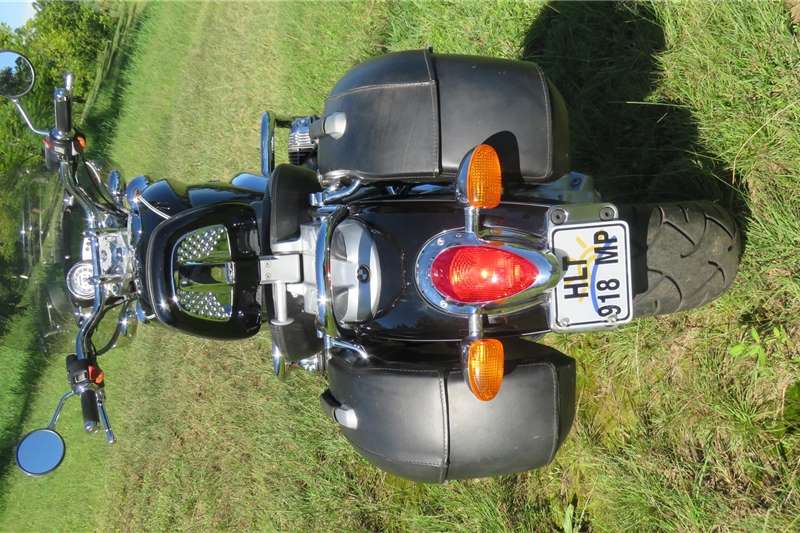 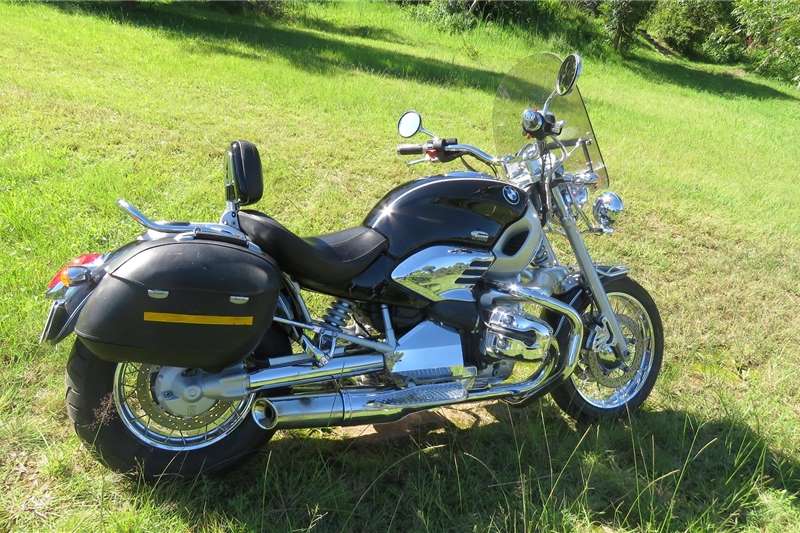 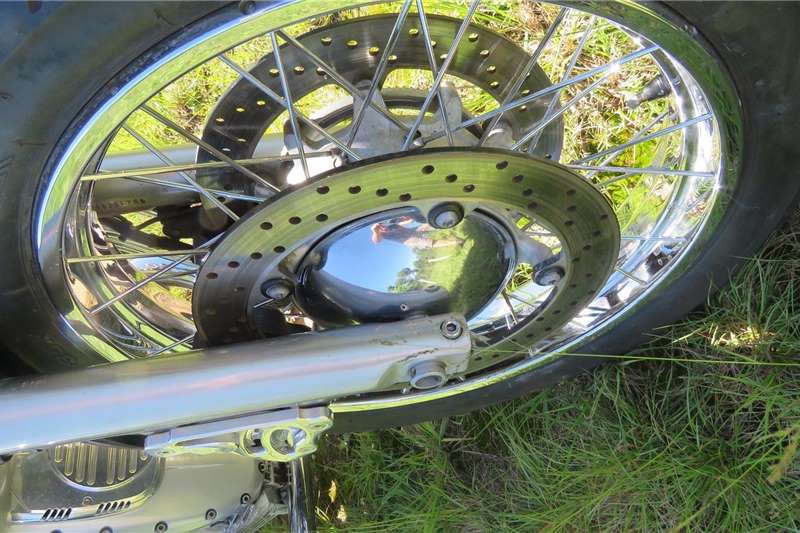 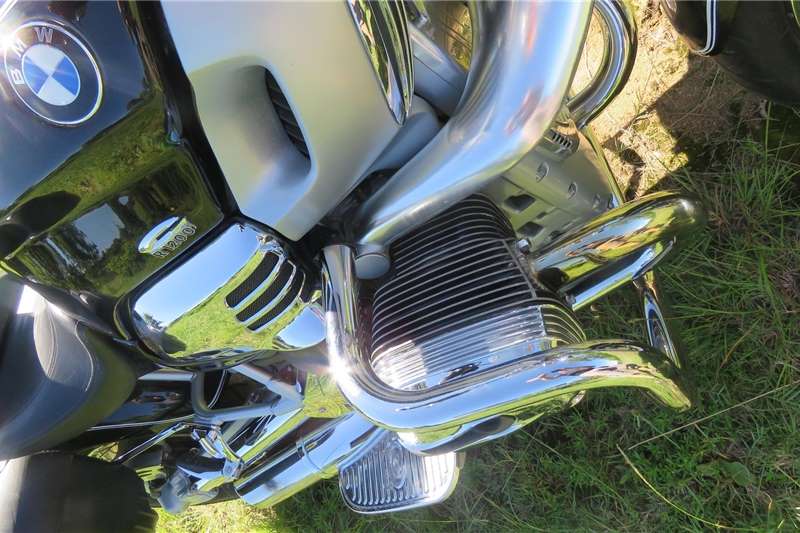 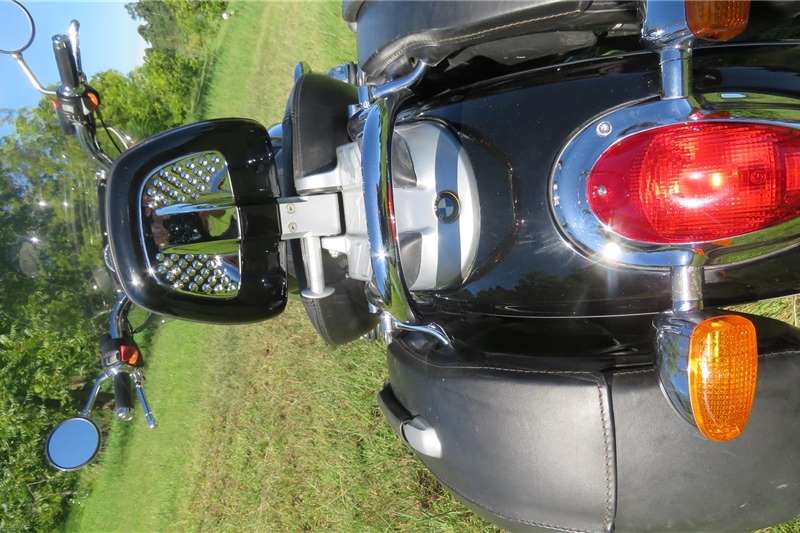 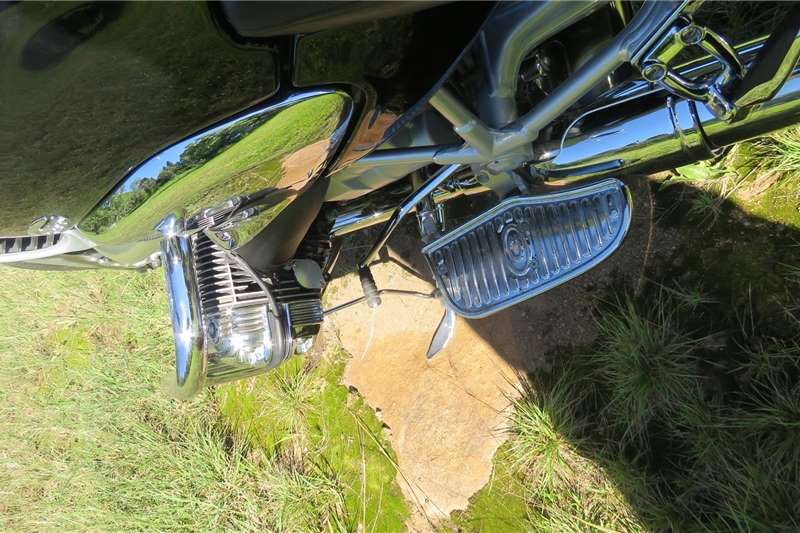 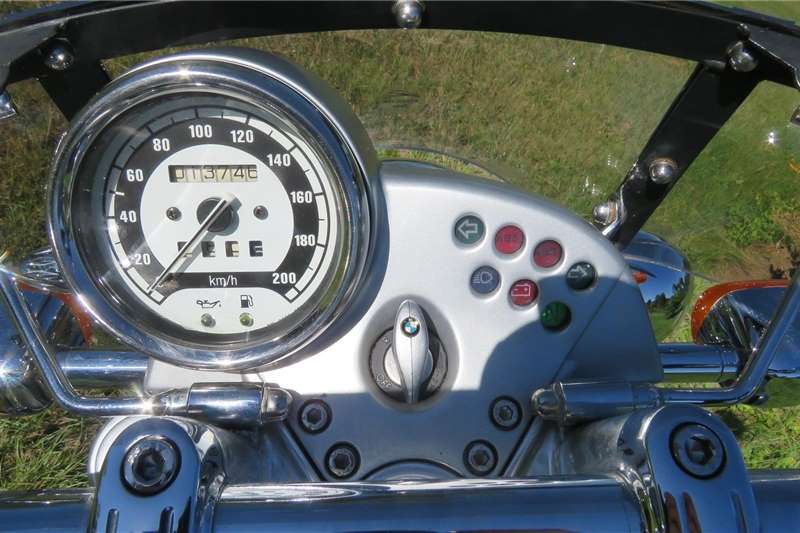 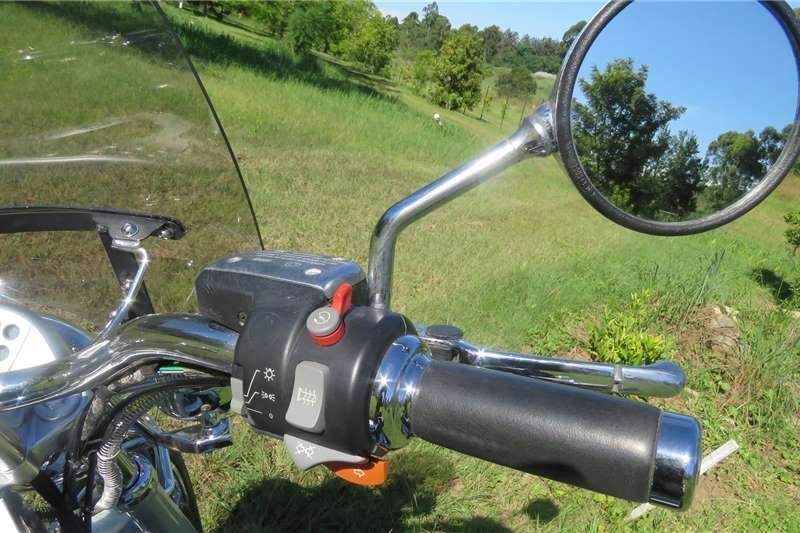 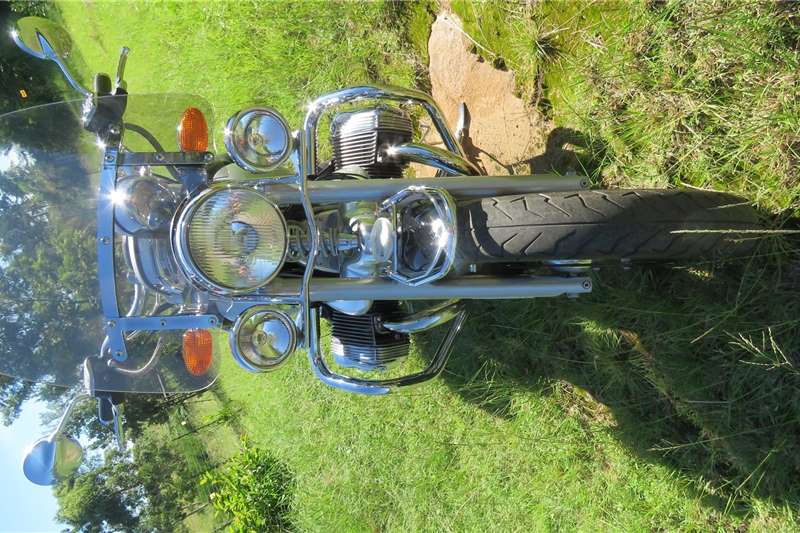 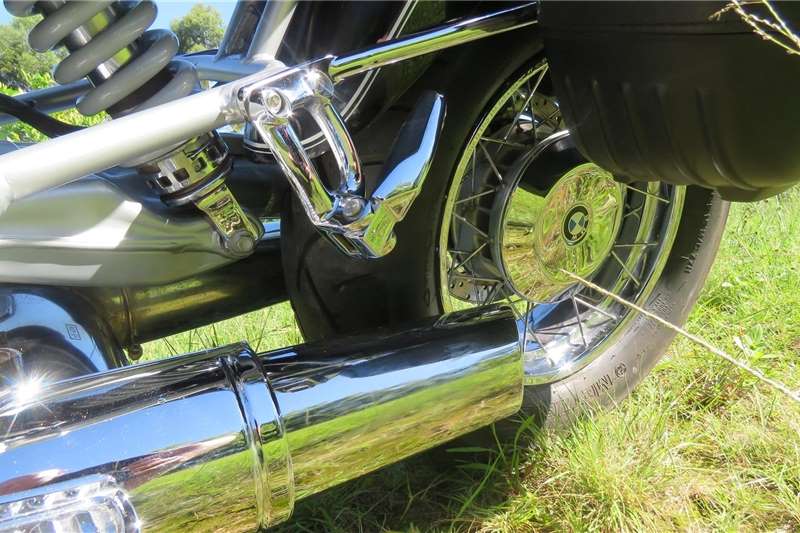 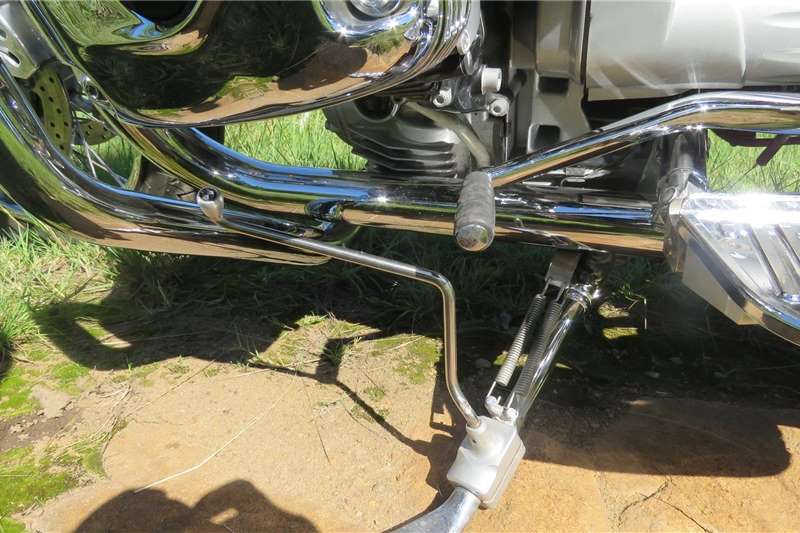 Used BMW R1200C for sale by in Gauteng

Cleanest lowest mileage BMW R1200c in South Africa. All original, only 14000km on the clock. Extras include two saddle bags and large passenger seat.
Owned by a German pensioner, meticulously maintained. Hardly ridden. Was imported from Germany by the owner. You will battle to find one in this condition, with such low mileage.
Some specs: BMW R 1200C, 1999, 1170cc boxer engine, 45KW, 98Nm, 5 speed gear box, Brembo brakes with ABS, 236kg, 5.9L/100km.
BMW had taken an alternative motorcycling concept and refined it. The sophisticated, high-tech machine owed little to anything that had preceded it â€“ there was nothing pseudo-American about its design or inspiration. The R1200 C was unmistakably BMW and it showed in every original line and high quality component. Cruising had entered a new era. Within two years of its launch, the BMW R1200 C had been voted â€œMotorcycle of the Yearâ€, or â€œCruiser of the Yearâ€ in many countries.
A specially tuned and chrome-finished version of BMWâ€™s modern, but timeless, four-valve horizontal twin not only smashed tradition, it proved that a cruiser didnâ€™t have to conform to old-fashioned concepts. The 1170cc, boxer engine is designed to produce more torque at low speed rather than maximum power. Finished expansively in high quality chrome, the big twin delivers 61 bhp at 5,000 rpm, but equally important is that it produces 70 lb ft of torque (98 Nm) at 3,000 rpm. This translates as superlative throttle control and excellent response when negotiating city traffic. In addition, less gear changing is required.
The R1200 Câ€™s copious torque is fed to the rear wheel through a five-speed gearbox, with dedicated ratios, and BMWâ€™s proven drive shaft â€“ now situated in the hollow swinging arm (of the Monolever). It features not only two universal joints, but also a torsion damper. The single-plate dry clutch is hydraulically operated.
On the open road, the low-stressed, low-revving engine gives the impression that it is unbreakable. Cruising has never been as easy. The power unit is so independent of high engine speeds that a revs counter is not necessary.
Although dynamic riding characteristics are not essential to a cruiser, optimum brake response and stopping power is vital. The R1200 C is therefore equipped with a large and powerful three-disc braking system. Twin, 305 mm (12 inch) discs are fitted to the front wheel and a single 288 mm (11.22 inch) disc is at the rear. Brembo four-piston fixed calipers operate the front brake while twin-piston floating calipers activate the rear.
BMW 1200 Chopper Cruiser Harley Indian Classic Collector Showroom Impoorted Suzuki Davidson

Every time a new BMW R1200C in Gauteng is added, you will be emailed.